Some time ago, I revisited “I don’t like you that much” with my friends. Aside from the fairy tale-like ending, this is actually a good love guide. There are cases, methods, and warnings, which are worth studying by girls. 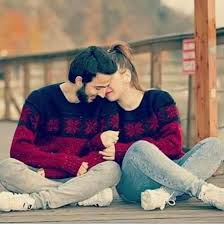 And what I really want to talk about is GiGi. She may be the epitome of most ordinary girls: an appearance that is not very competitive, simple and harmless, has no love experience, but does not conceal the desire for a relationship. They all want to meet someone who likes themselves, but the basis of this hope is a bit thin.

For example, after GiGi had a meal with someone, he would guess if someone said something during the meal because he liked himself or was waiting for the other person’s phone after returning home.

In the movie, the boys slightly misunderstood that the other party liked their GiGi.

She doesn’t necessarily really like the other person, she just desperately needs the other person to like herself, as if that makes her worthy of love. But almost every time there is nothing left.

The first date was a spare tire for someone else. He wasn’t a very good boy, and he didn’t show much interest in GiGi. After the date, the two performed very differently.

GiGi called the introducer and shouted that the two talked well and seemed to be able to have a good ending. At this time, how can a girlfriends pour cold water, usually in accordance with the other party’s intentions, and encourage them kindly.

The guy then called his goddess directly, hoping to meet each other, and when he got home, he talked to his brothers.

After GiGi didn’t wait for the call, he gave the other person a reason to think he liked himself, but he was too busy or on a business trip, and it was too self-consoling.

GiGi, whose relationship has not been answered, finds a reason to excuse each other

After being frustrated a few times, she started drinking after a few drinks with a new man, and then asked who was calling whom, and then the man fled.

In fact, what I felt most after reading this paragraph is that when one person does not confirm the feeling of another person, it is easy to fall into a strange circle of affection. Once the answer is revealed, it is embarrassing and hurtful. That frustration can easily put a girl into self-doubt.

Therefore, how to confirm the feeling of the other party is a very important matter.